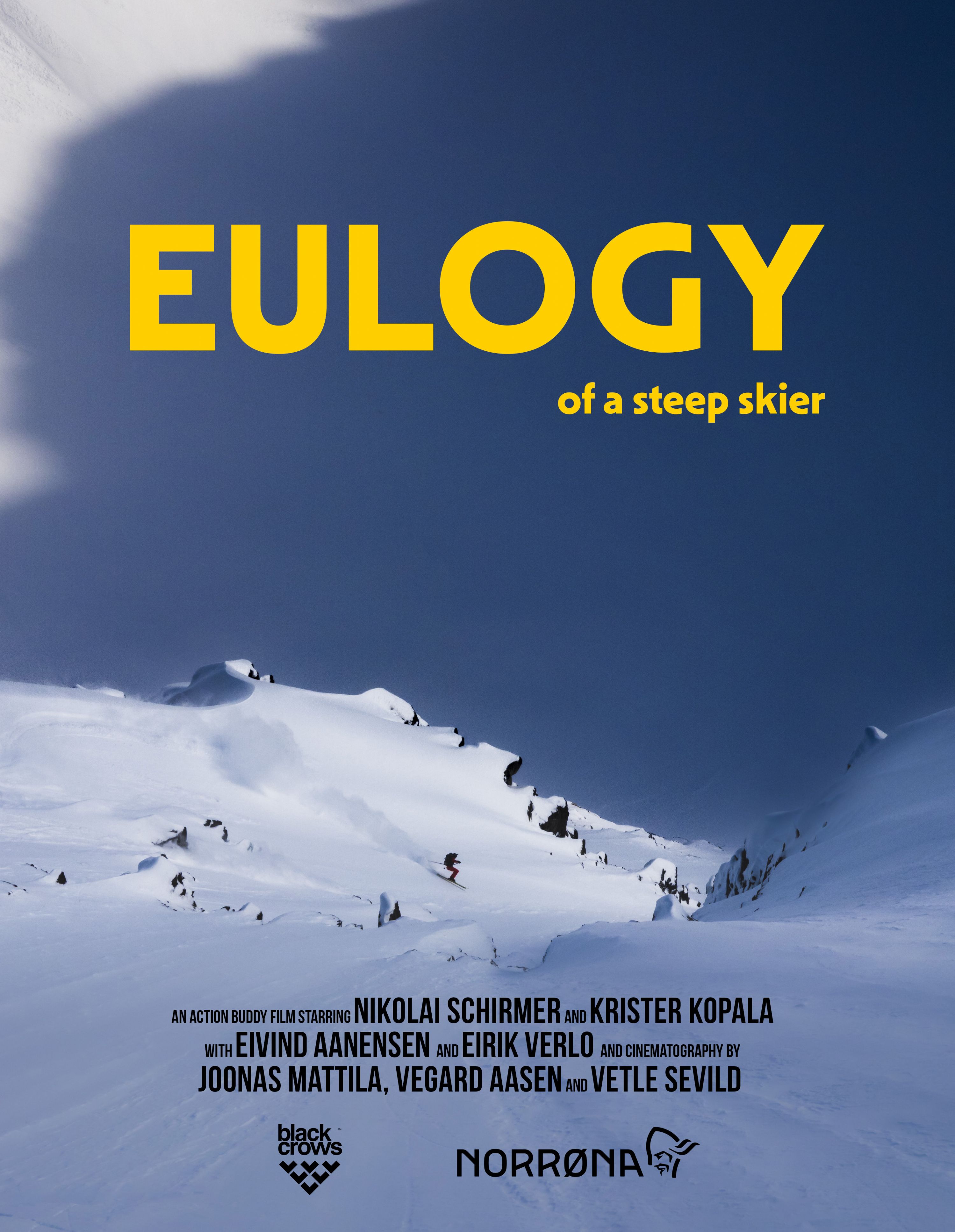 Steep skiing is the act of riding mountains where the consequences of a fall or an avalanche is death. Ever since he made his first turns off piste as a kid, skier Nikolai Schirmer has seen most of his early ski partners leave freeride skiing for the allure of the steeps, while he is left lonely to play in the less deadly freeride runs.

Because the steeps don't appeal much to Nikolai, as the risk of death goes up a lot, while the speed and technicality of the riding goes down even more, to accommodate that risk.
The past few years Nikolai has had his mountain partner in snowboarder Krister Kopala, but now Krister has also been hooked on steep riding, and Nikolai is watching yet another partner drift off towards the abyss.

Krister's goal for the winter is to ride the south face of Jiehkkevárri, the biggest mountain in the Lyngen Alps of Norway. A face which is more cliffs than snow. A face that even the greatest legend of the steeps, Andreas Fransson, turned back on - before dying on a run he judged to be less serious.

Jiehkkevárri rises from the Sydbreen glacier, which also is home to some of the best freeride terrain in the land. When Krister sees that the conditions are lining up for his dream descent over the cliffs of Jiehkkevárri, Nikolai also sees the freeride lines are filling in.

The duo therefore finds new partners. Eivind Aanensen for Krister's steep dreams, and Eirik Verlo for Nikolai's freeride. And the two teams make their way up to camp on the glacier and be in position to realize their respective freeride and steep skiing dreams. Sort of like a divorced couple with new lovers, ending up in the same hotel for their vacation.

Meanwhile tourists are dying in large numbers, in one of the worst avalanche seasons Northern-Norway has ever seen. Both the freeriders and the steep riders still make their way out from camp the first morning, but it quickly becomes apparent that all is not well with the new partners.
Eirik has not been on a very strict workout regime through the summer, and is actually more interested in having coffee in camp rather than getting all exhausted climbing freeride lines. He has also seen so much death in the mountain that even the safest of lines appear dangerous to him. Eivind is also deeply traumatized, after being first on the scene when a big avalanche badly injured a group of five of their friends just a few weeks earlier. His motivation to push it into the steeps is failing.

Even without Eivind's failing motivation, Krister's ambitions of riding Jiehkkevárri are thwarted by nature, when a thick cloud cover envelops the huge dome shaped mountain. He'll have to postpone his attempt at riding the south face.

And just like that both Nikolai and Krister are left with only one possibility: riding freeride lines. The reunion is a fact, and the two buddies ride the best snow of the season into the sunset.

Filmography
Is This Thing On?, Shapes, Perks, Schirmer In The Field, Endless Winter, Wavy - The Last Voyage Of Sofie And Captain Crocs, NOK, and countless YouTube videos.